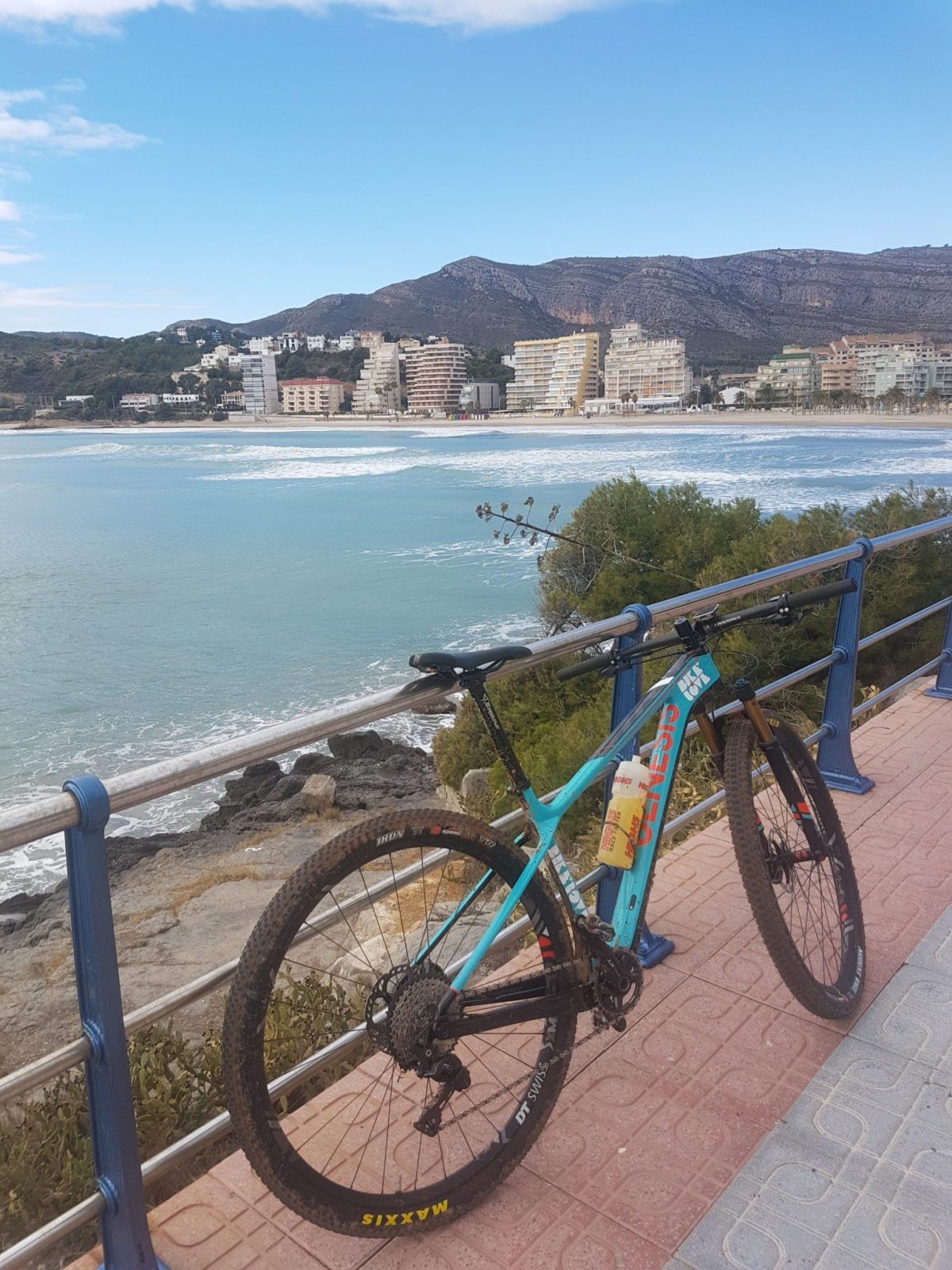 The first stage started at 9.30am at Playa de la Concha…  the beach! It was so clear that it was freezing in the morning and I was almost as wrapped up as I would be on a crispy clear Scottish morning. I’d recced the start of the course the previous day and knew it started with a brutally steep climb before heading into the mountains. We were lined up in our pens with elite men first, then elite women then masters men then everyone else and it was going to be a mass start.

The gun went and even though there was over 3 hours of racing to go, it felt like everyone went off like rockets! I was wary of the masters men, behind me and knew that if I let too many by, I’d end up stuck on the single track descents.

I went as hard as I could without blowing my doors, feeling like everyone else was going sweeping by me and sure enough, come the first single track, everyone was strung out and walking just like a World Cup!

I was ruthless at this point and just rode over boulders and shrubbery to get through, being sworn (I think) loudly at in Spanish but I’m glad I did…I hate queueing! Once off this section of the course, the riding really started. Massive long climbs lay ahead, tied together by some spectacular descents through rocky and sweeping channels and loose, gnarly forests. It was riding heaven! The whole time I just grinned, loving everything about bikes.

On some descents when I encountered guys off their bikes and walking them down, and excusa, pardon, bicicleta, on your right, and please

move didn’t work, I too was reduced to using some strong language!

On the whole, guys were good at letting you pass when you caught them but more than occasionally there were some frustrating individuals who would not let you take the riding line- part and parcel of mass start stage racing I guess.

As the race went on and the climbs seemed to continue, I became aware

of myself catching a girl here and there and about 2 hours in, someone shouted fourth place fourth place…! It felt like the long descents were where I did a lot of catching as I love the technical riding. This gave me a massive boost and a slight panic too…4th place? Me?! How!! Such a Scottish way of thinking! There were 2 feed stations on this stage and at each station I took time to get some more water and coke as I only had the 1 bottle on my bike and food in my pocket. This seemed to work OK though it was hard seeing people ride straight through and grab bottles from their support teams without having to stop. I shook off the Scottish feeling and started to dig in even more (nothing to lose surely?!) and could not believe it when about 5 minutes from the top of the final climb, I caught the lead bunch of girls!

I slotted in with them, taking the lead on the last descent until we all came together for the final and only flat part of the course. The girls were clearly smarter and more experienced racers than me and all 3 sat behind me, refusing to take the wind at the front and let me do all the work. I was still in a minor panic about anyone else catching us and though I tried to get them to come through, they just wouldn’t.

As the 1km sign loomed, I tried to ramp up my effort knowing one of us wasn’t going to make the podium, and then with less than 300m to go, all the girls sprinted past me, however the last girl sprinted so hard she crashed on the corner bringing me down too, but I was quicker getting back on my bike taking an awesome 3rd place….Woohoo! over 1500m of climbing and descending and 3hr 15min in the saddle. Brutal!